Sisters Nicola Wright and Lisa Stacey have worked together at an award-winning Redcar finance company for 20 years – and they love it so much that two more generations of the family have joined them. 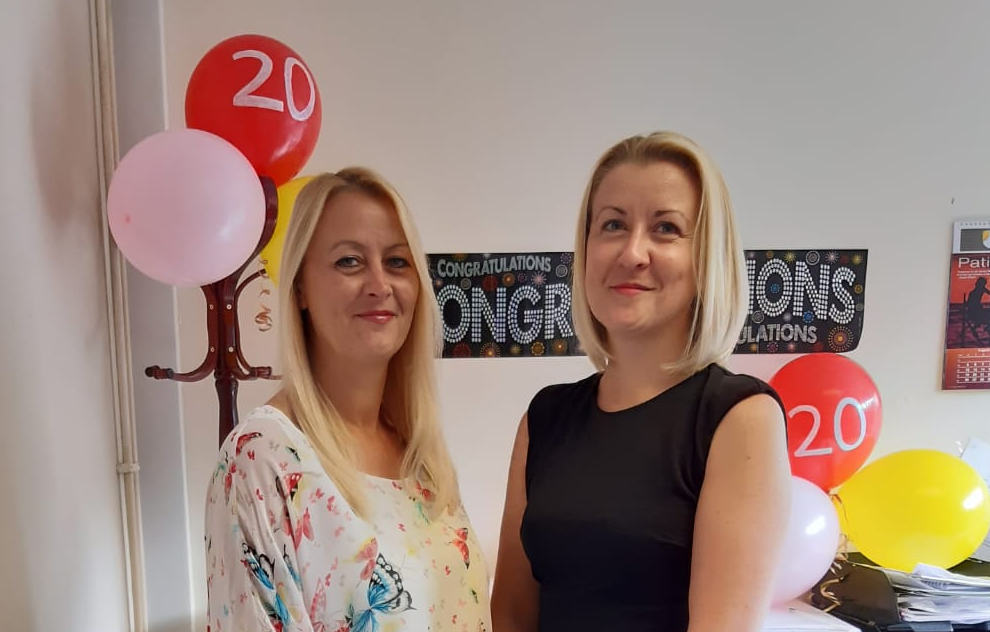 Nicola was the trailblazer when she started with Bob Little & Co on the Youth Training Scheme shortly after leaving school in 1998. Lisa followed her a year later and her daughter Stephanie Brooke is now on the staff as well, while their dad Dave looks after the gardens at the firm’s Kirkleatham headquarters.

“I don’t feel old enough to have been here for 20 years” says Nicola, who was recruited by the firm’s founder Bob Little, who sadly passed away in 2011.

“I’d already had two interviews but I didn’t have a car so I wanted a job nearer to home in New Marske. It was meeting Bob that made me choose to come here.

“He was such a people person, warm and kind-hearted and with a way of getting your life story out of you. He spent as much time with clients talking about their life stories as their investments.

“I always admired his ethos. I’m just lucky he took a chance on me. I’ve stayed because of the people I work with, we just have such a good team.”

Two other members of staff have been with the firm for 17 years. In recent years the firm has become one of only around 10% of IFAs firms to hold cherished Chartered status and has been rewarded with a series of awards including Adviser Firm of the Year in 2017 and Investment Advice Specialist of the Year in 2018/19.

“We still have that ethos we did when I first met Bob 20 years ago,” says Nicola. “It’s all about everybody being treated fairly. Whatever your circumstances are, we’ll always do what we can to help you.

“Over the 20 years I’ve been here I’ve seen different generations of the same families coming in. They come here out of trust and because of our good name.”

When Lisa joined the firm it was based in a converted terraced house in Park Avenue on Redcar’s seafront and she also remembers Bob with great fondness.

“Bob was fab,” she says. “I started full time and had a health issue and had to go part-time and he was smashing about it.

“There’s still a nice family atmosphere, we’ve all known each other for years and everybody gets on with each other.”

Bob’s son, Robert, took over the helm after his father’s death and has continued to run the firm guided by the same principles.

Robert thanked the sisters for their loyalty and service by giving them each a holiday voucher.

They haven’t decided where they will go yet but the sisters are unlikely to go away together.

Nicola laughs: “I love her and work her with every day – but I’m not taking her on holiday!”

Call us today on

Alternatively fill in your details below to book a free initial consultation with one of our advisers.

Enter your details below to book a free consultation.